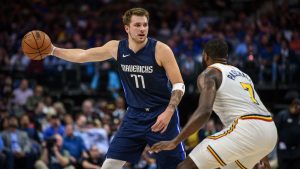 With only one full season of being in the NBA, 20-year old Luka Doncic is on the rise. Entering his second season on the Dallas Mavericks roster, Doncic has already been placed in the Top 2 right under James Harden in Fantasy Basketball. In addition, he was named Rookie of the Month in the Western Conference for two months in a row, first, in November of 2018, then again in December. Despite his young age, many fans already see him as the face of the team, and going forward, they expect to see great things from his this season.

The Slovenian basketball player first laid hands on a basketball when he was seven months old, but did not start playing organized basketball until he was seven in primary school. When Doncic was eight, he began playing for the Union Olimpija club team, but upon discovering his talent, the staff moved him to train with the under-14 team. Due to his dedication and passion for the sport, Doncic was named the most valuable player of the Olimpija under-14 Vasas Intesa Sanpaolo Cup in Budapest in September of 2011.

The following year, Doncic landed a five-year contract with Real Madrid. Continuing to excel, he played within the 16-under and the 18-under team, where he began average 13.5 points, 5.9 rebounds, and 3.1 assists per game. By the 2015-16 season, Doncic had become a member of the Real Madrid’s senior team and in October of 2015 he had the opportunity to play against the Boston Celtics in an NBA preseason game. In Doncic’s final season with Real Madrid, he led the team to a EuroLeague finals win against the Fenerbahce Dogus, and became the youngest person to be awarded the EuroLeague MVP award.

Doncic as Replacement for Dirk Nowitzki 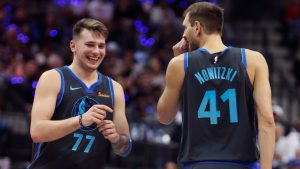 After playing his whole 21 seasons in his NBA career with the Dallas Mavericks, German basketball player, Dirk Nowitzki announced his retirement and played his final season last year. He was regarded as one of the best power forwards of all time and led the Mavericks to 15 NBA playoff appearances throughout his time on the team. Nowitzki’s jersey, #41, will be retired, and a statue will be built in honor of his contribution to the team.

With one of the Mavericks’ best players gone many speculate that Luka Doncic was picked in anticipation for Nowitzki’s retirement. NBA Hall of Famer Juilus Erving says, “The fact that he started playing professionally at age 16 or 17 hasn’t hurt him so he might be an early bloomer than some of the guys, who go to the universities in the U.S. The one and done guys, but he had a great season, and he is a great replacement for Dirk.” Erving believes that within a few seasons, Doncic could potentially become one of the best, if not the greatest, player in the NBA. 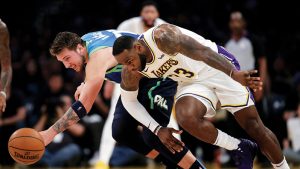 In the 2018-2019 NBA season, Doncic was chosen with the third overall pick by the Atlanta Hawks, but soon after, he was exchanged to the Dallas Mavericks for the draft rights to Trae Young and protected future first round pick in 2019. Mavericks’ Head Coach, Rick Carlisle predicted Doncic to be a foundation piece of the team and knew that they could not let him go to another team.

Within his first few months on the team, Doncic already beat numerous records. In October of 2017, he became the youngest 20-point scorer in the franchise history, the youngest to make 7 three-pointers in a game, and he was the second young player in NBA history to make a triple-double. All of this amounted to him being the first teenager in NBA history with a 30-point triple-double. Continuing the season with amazing feats and reaching the heights of experienced players with years in the game, including LeBron James and Michael Jordan, Doncic was selected to the All-Rookie First Team, and he received the NBA Rookie of the Year Award in June of 2019.

This season, the Mavericks have already managed to win against some of the best teams in the Western Conference, including the Denver Nuggets, and the Los Angeles Lakers. On December 1st the Mavericks beat the Lakers, 114-100. Doncic managed to be the highest scorer from the Mavericks with 27 points, equal to Lakers’ Anthony Davis. Still early in the season, many fans have already thought of Doncic as a potential candidate to be the Most Valuable Player. Averaging around 28.3 points, 10.3 rebounds, and 9.1 assists each game, Doncic aims to lead the Mavericks to the playoffs this season and if they continue to play this way, spectators expect them to go far.