With winter coming to an end and the Cowboys season behind us, baseball and spring is approaching and baseball teams are gathering their new players and getting final trades before spring training begins. The Rangers having a brand new, state of the art, Globe Life Park, to play on opening day, the Texas Rangers also are getting new players on their team. 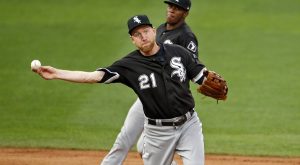 The Rangers during their off-season acquired Todd Frazier in January. Frazier has been a two time National League All-Star and was rookie of the month back in 2012. Besides Frazier, Robinson Chirinos was also signed on at the same time. Chirinos was ranked last year in the American League 5th in hit by pitch.

Back in early December the Rangers made an agreement with the Cleveland Indians, where it consisted of the Rangers receiving Corey Kluber and in exchange the Indians received Emmanuel Clase and Delino DeShields. Kluber has been nominated American League All-Star three times, received the Lou Gehrig Award, and was chosen as the best pitcher by the MLB back in 2017.

The Rangers also added pitchers Kyle Gibson and Jordan Lyles. There are currently rumors floating around that the Rangers have plans of acquiring Nolan Arenado who has been named an NL All-Star five years in a row, four NL Silver Slugger awards, three NL Platinum Glove awards, and seven NL Gold Glove awards. 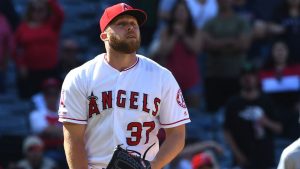 With the Rangers having acquired several pitchers and a 3rd basemen, there is another player the Rangers have their eye who could balance out the outfield. Leftfield player, Joc Pederson has become available since owner of the Angels, Arte Moreno, canceled the Dodgers agreement. If the Rangers were to pick up Joc Pederson, this could replace the missed opportunity they had when they lost Anthony Rendon to the Angels.

The newest ballplayer the Rangers added as of February 7 is Cody Allen. Allen was given a minor contract due to his struggle in the past with his quality of playing dropping down and at one point costing his former team, the Angles, five runs. This season is expected to be memorable with the right players and right training; especially all in the new Globe Life Park stadium ready to open its doors to Ranger fans.